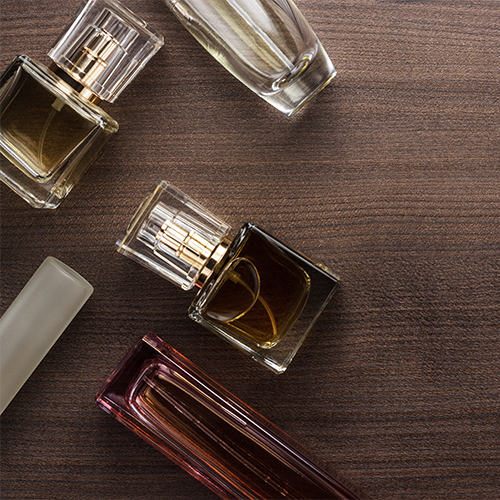 Phthalates are a group of chemicals used to make plastics more flexible and harder to break. They are often called plasticizers. Fragrances typically use diethyl phthalate, or DEP, as a solvent and fixative. Some phthalates are used as solvents (dissolving agents) for other materials. They are used in hundreds of products, such as vinyl flooring, adhesives, detergents, lubricating oils, automotive plastics, plastic clothes (raincoats), and personal-care products (soaps, shampoos, hair sprays, and nail polishes).

Phthalates are used widely in polyvinyl chloride plastics, which are used to make products such as plastic packaging film and sheets, garden hoses, inflatable toys, blood-storage containers, medical tubing, and some children's toys.

How Phthalates Have Been Used in Cosmetics:

Historically, the primary phthalates used in cosmetic products have been dibutylphthalate (DBP), used as a plasticizer in products such as nail polishes (to reduce cracking by making them less brittle); dimethylphthalate (DMP), used in hair sprays (to help avoid stiffness by allowing them to form a flexible film on the hair). According to the FDA's latest survey of cosmetics, conducted in 2010, however, DBP and DMP are now used rarely. DEP is the only phthalate still commonly used in cosmetics.

How People Are Exposed to Phthalates:

People are exposed to phthalates by eating and drinking foods that have been in contact with containers and products containing phthalates. To a lesser extent exposure can occur from breathing in air that contains phthalate vapors or dust contaminated with phthalate particles. Young children may have a greater risk of being exposed to phthalate particles in dust than adults because of their hand-to-mouth behaviors. Once phthalates enter a person's body, they are converted into breakdown products (metabolites) that pass out quickly in urine.