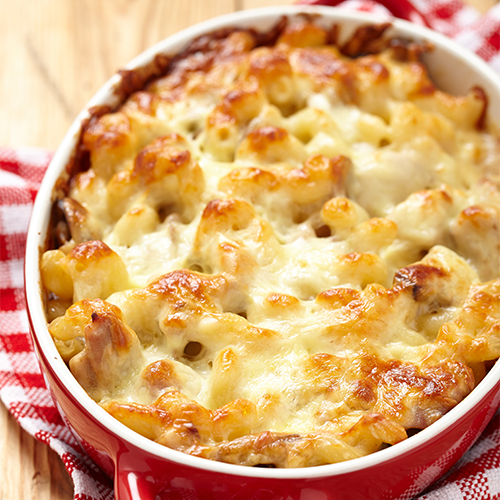 There’s a good chance that mac and cheese is your child’s favorite meal. Hey, it might even be yours! It comes in a box, it’s often inexpensive, and is relatively easy to make. Unfortunately, thanks to a new study, mac and cheese (and other foods) may contain phthalates. Phthalates of course are banned for many uses, including in baby products. Of the 30 cheeses studied by researchers, 29 of the products contained phthalates. And the concern for boxed mac and cheese comes from the fact that the “Average phthalate levels were more than four times higher in macaroni and cheese powder samples than in hard blocks and other natural cheese, in fat of products tested…"

Phthalates as we know have been linked to the disruption of hormones and the development of the male reproductive system, as well as “childhood behavioral problems”. While phthalates are banned in Europe, they’re still widely used in the United States, and the FDA has yet to step in. In order to reduce your family’s chances of encountering phthalates, experts recommend “Eating fresh fruits and vegetables in particular is a great way to avoid contact with the food packaging in the first place…"

When more than “700 million boxes of dry macaroni and cheese are sold a year…” and chemicals such as phthalates are as prevalent as they are in today’s foods and packaging… it’s important to take the necessary steps to avoid them.

To learn more about the phthalates found in mac and cheese, follow the link: http://cbsn.ws/2tbjmJU