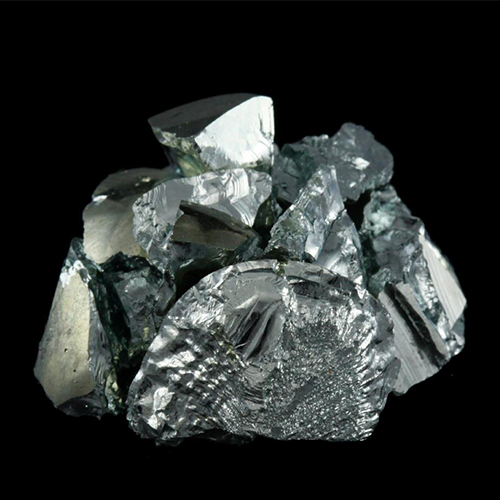 Lead is a bluish-gray, heavy metal  that occurs naturally in the Earth’s crust and is present in trace amounts in the environment, in numerous foods and in some natural products. Lead is part of the Earth and occurs at an average level of 0.0013 % in the Earth’s crust (13 parts-per-million (ppm)). It is found in the air, water, and soil at levels that are usually below any concentration that would raise health concerns. Lead can be present in nearly all things we use and consume on a daily basis, including food and cosmetics.

Heavy metals like lead, arsenic, mercury, aluminum, zinc, chromium and iron are found in a wide variety of personal care products including lipstick, whitening toothpaste, eyeliner and nail color. Lead is considered a contaminant. Exposure to metals has been linked to health concerns including reproductive, immune and nervous system toxicity. Cancer, developmental and reproductive toxicity, organ system toxicity, allergies and immunotoxicity, and bioaccumulation are the highest concerns. Lead is a potential impurity in many color cosmetics, including lipstick. Lead is a well-known and proven neurotoxin that has been linked to learning, language and behavioral problems. Because of this, lead has been eliminated from gasoline and paint in the United States, which has resulted in considerably reduced exposures in the past several decades. Lead has been linked to reduced fertility in both men and women, hormonal changes and menstrual irregularities. Pregnant women are especially vulnerable because lead crosses the placenta and may enter the fetal brain, and has also been linked to miscarriage. Pre-adolescents are also at risk as lead has been linked to a delay in the onset of puberty in girls, and the development of testes in boys. People are most likely to be exposed to lead through air pollution and the consumption of food and drinking water. Exposure can also occur by inadvertently ingesting contaminated soil, dust, or lead-based paint. Lead may be carried from the soil into plants grown in the soil. Lead paint is a major source of environmental exposure for children who ingest older, flaking paint, paint chips, and weathered powdered paint. Lead can leach into drinking water from lead-based solder used in water pipes and into foods or liquids stored in ceramic containers made with lead glazing. The trace levels of lead compounds found in lipstick are inorganic and not easily absorbed through the skin, although consumption of small amounts can occur during daily activities.

Because of the potential for lead to cause adverse health effects, regulatory authorities worldwide have developed regulations to limit exposures to lead. The levels that are set take into account the toxicity of lead, the route of exposure (inhalation, oral or dermal), the anticipated amount of exposure, other sources of possible lead exposure, and then factor in a large safety margin.

For water, the U.S. Environmental Protection Agency (EPA) has adopted an Action Level for public water supplies of 15 µg/L (15 parts-per-billion). Link to summary of EPA requirements for lead in drinking water: http://1.usa.gov/1IkvAiD

For food, the Food and Drug Administration (FDA) has set a limit of 5 µg/L (5 parts-per-billion) in bottled drinking water. FDA has also set a limit of 100 parts-per-billion (0.1 ppm) for certain candies intended for consumption by small children, assuming an acceptable daily exposure of 6 µg/day. There are FDA lead standards for other foods as well.

Useful Fact: One part per million (ppm) is the scientific term used to denote one part in 1,000,000 parts which is the equivalent of one drop of water diluted into the fuel tank of a compact car or one second in 11.5 days. One part per billion is 1/1000 of a ppm or one second in 31.7 years.