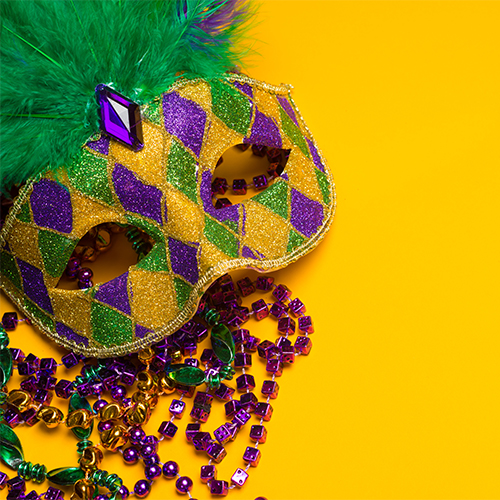 The annual Mardi Gras celebration in New Orleans, Louisiana is truly something everyone should experience at least once in their life. And with the Mardi Gras beads being sold in every almost every corner store across the nation from mid-February through mid-March, you don’t even have to travel all the way to N’awlins to get into the Mardi Gras spirit. While it can be great fun to join in on the worldwide celebration, if you’re wearing Mardi Gras beads, you could also be putting your health in danger. A study by Dr. Howard Mielke of Tulane University’s Department of Pharmacology, found that “the majority of lead in the soil [in New Orleans] is located directly alongside the Mardi Gras parade routes, where krewes (the revelers who ride on the floats) toss plastic beads into the crowds.” Mielke estimates that beads thrown during Mardi Gras results in nearly “4,000 pounds of lead hitting the streets.” That’s a lot of lead left behind that can be handled and ingested by wildlife, family pets, and children. And lead isn’t the only concerning chemical found in Mardi Gras beads, they’ve also been found to contain toxic chemicals such as: bromine, arsenic, phthalate plasticizers, halogens, cadmium, chromium, mercury, and chlorine.

The fight against toxic Mardi Gras beads is being taken up by one company though, a company called Zombeads. Their beads are created using only organic and biodegradable ingredients. While Zombeads have yet to catch on, it’s certainly a step in the right direction.

To learn more about the toxins contained in Mardi Gras beads, visit the link: http://bit.ly/2nBjsHQ