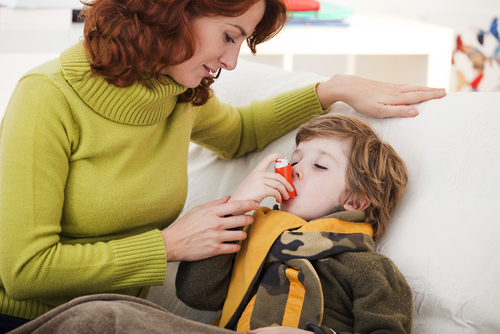 Women who use a lot of household cleaning products when they are pregnant, or shortly after giving birth, are increasing their child’s risk of developing asthma. That’s according to the Avon Longitudinal Study of Parents of Children (ALSPAC, also known as Children of the Nineties), that recruited over 13,000 children from before birth and has followed them to post 16.

The findings indicated that early life exposure to the chemicals contained in household cleaning products was linked to a 41% increase in a child’s chances of developing asthma by the age of 7 years. During the study, a large number of other factors known to affect the onset of asthma, such as family history, were accounted for.

The results thus present a possible mechanism for the ‘hygiene hypothesis’, which suggests that children brought up with low exposure to bacteria and dust in the home in their early years are less likely to build an immunity to asthma later in life.

Dr. Alexandra Farrow, Reader at Brunel University’s School of Health Sciences and Social Care and a member of the ALSPAC research team, explains: “Previous research has shown that a child’s risk of developing asthma is lower if he or she is exposed to bacteria or bacterial products (endotoxins) in early life (‘hygiene hypothesis’), probably because it assists in the development of a child’s immune system.”

However, our research suggests that one possible mechanism for this hypothesis may involve the chemicals found in domestic cleaning products. These chemicals have been linked to increased risk of asthma with additional evidence from studies of workers who have exposure to cleaning chemicals”.