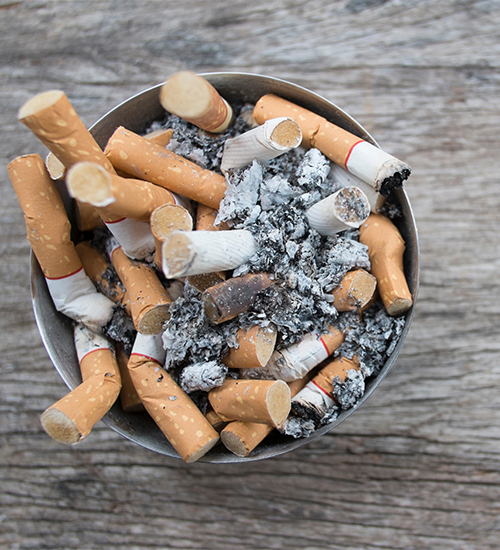 Putting out that cigarette isn’t stopping its release of toxins

The cigarette receptacle at your office may help the common area look cleaner, but a new study suggests that it’s not doing much to promote a healthy workplace. The National Institute of Standards and Technology recently conducted a study that found that “emissions from a butt could expose people to a quarter of the chemicals they face when someone is smoking around them.”

According to the study, even after it’s been extinguished, 14 percent of the nicotine released from a burning cigarette can continue to be released in a single day. And while most of the nicotine toxins are released within the first 24 hours, they can actually “linger for days.” For their study, the National Institute of Standards and Technology conducted tests on more than 2,000 cigarettes and tracked the release of 9 toxins. They monitored the varying results of the study based on the temperature and humidity of the room, wind speeds, and even the “dampness” of the cigarette butts.

While public cigarette receptacles might help cut down on the number of toxins we’re exposed to, experts worry about those storing butts at home or in their vehicles. Scientists that conducted the study warn that “emissions from a butt could expose people to a quarter of the chemicals they face when someone is smoking around them. So while a smoker may be reducing the number of toxins non-smokers are exposed to by extinguishing their cigarettes, they’re not completely eliminating the toxic threat.

For the full report from the National Institute of Standards and Technology, follow this link: https://bit.ly/3befeeD