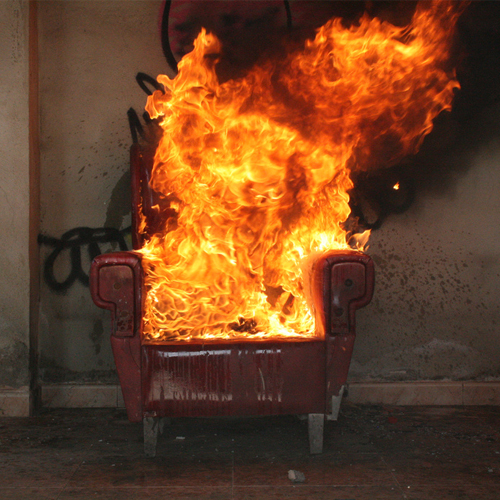 Firefighters, child health advocates, parents and anyone with a loved one that might be exposed to potentially harmful toxic flame retardants are applauding Massachusetts and the bill they passed. The bill would ban the manufacture and sale of products using flame retardants. Chemicals that advocates of the bill say do more harm than good. Manufacturers and retailers are less than pleased with the move, especially the way it was handled. While the bill still requires the signature of Governor Charlie Baker, it was passed in a lowly attended session on New Year’s Day. Although manufacturers have slowly phased out the use of flame retardants, their use is still prevalent in a number of products. In fact, a study by the Ecology Center in Michigan last month found that “83 percent of children’s car seats tested contain toxic chemicals used as flame retardants.” Not only are flame retardants potentially toxic if inhaled, many firefighters believe that “contents and rooms are burning up at a higher rate of speed and increasing the risk to our firefighters in this toxic soup.”

Manufacturers are especially unhappy with the new bill, as the sale of any products they make would be banned even if it was outside the State of Massachusetts. So not only are Massachusetts retailers banned from selling products containing harmful flame retardants, manufacturers can’t even make their products and sell them elsewhere. The decision by the Governor of Massachusetts could influence the decision of other lawmakers across the country. It will be curious to see if Governor Baker sides with firefighters and child advocacy groups, or big business manufacturers and retailers.

To read the complete article from the Boston Globe, click here: https://bit.ly/2RygdiF

For the study on toxins in kids car seats, follow this link: https://bit.ly/2seOK7E