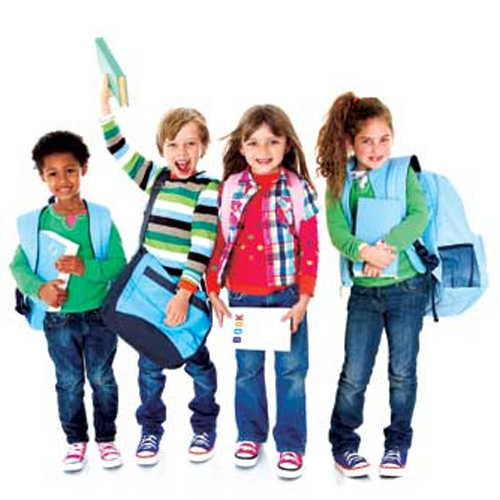 Is your child’s favorite clothing brand hiding its use of toxins?

When you take your children back to school shopping here in the next few weeks, you may have more questions than “Do you have this in a Medium?” or “Does the 2 for 1 sale apply to this rack?” That’s because a handful of brands aren’t publicly disclosing the toxins used during their manufacturing process. These aren’t some off-brands either, they're companies like: J. Crew, Urban Outfitters, Forever 21, and Carter’s.

Non-profit Green American recently released a report featuring more than a dozen top apparel companies, and the four aforementioned companies came in last place. Now it’s important to note, the study did not examine which toxins might be present or their levels, instead it focused on which companies do the best job of disclosing “the chemicals they use in their manufacturing” according to Fast Company’s article. Caroline Chen, the social just campaign manager of Green America stated, “These companies had no publicly-available policies about their use of toxic chemicals...:” and she considers their lack of transparency “a problem.”

According to Fast Company’s story, “More than 8,000 chemicals are used throughout the textile-making process…” Using 8,000+ chemicals throughout the process means more than 40 million tons of chemicals could be in use each year. As for the response from the companies named: J. Crew had no comment, Urban Outfitters and Carter’s said they have plans in place that are not publicly disclosed.

So if J. Crew, Urban Outfitters, Forever 21, and Carter’s were at the bottom of the rankings, who came out on top? Well, it’s actually a who’s who of popular clothing brands, brands such as: Gap Inc., Nike, Target, and The North Face. As Fast Company explains it, they “offered detailed policies about their chemical management and actively shared their benchmarks and progress.”

The Fast Company article is full of other concerning details, namely the fact that The Children’s Place which caters to our youngest school aged children also received “low marks” for their toxin use disclosure practices. Keeping our bodies and homes free of toxins is important, and the process can start by having companies disclose the chemicals they’re using during manufacturing.

To read the full article over at Fast Company, click here: https://bit.ly/2LYZ2EP

For the complete report from Green America, follow this link: https://bit.ly/2Oy0e4b