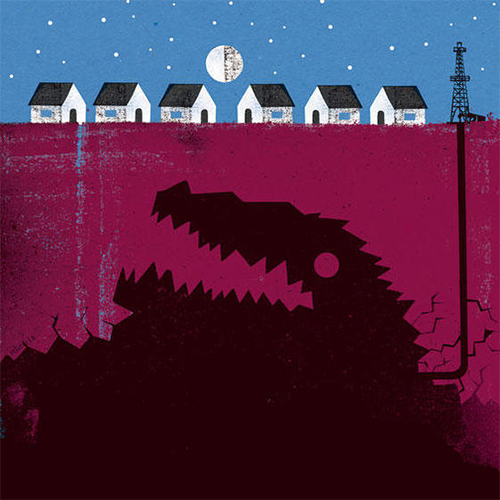 A new study has linked issues with long-term reproductive health to chemicals used during “oil and natural gas production, including fracking.” Fracking is a process by which “companies use a mix of pressurized water, sand and chemicals to unlock hydrocarbon reserves deep in shale rock.” Chemicals such as benzene, toluene, and bisphenol A were found to “mimic and mess with the natural signaling of estrogens and other human hormones.” According to the study at least 100 of the 1,000 chemicals used during the process “could potentially interfere with the natural hormone messengers in the body.” Of course, the oil and natural gas industry is skeptical of the new study. Katie Brown of Energy in Depth says, "this study presents the most unlikely scenario in order to suggest the worst possible health outcomes,” and that "the researchers manufactured a concoction of far more chemicals than are even used during fracking, and at far higher doses." What the authors of the study and Energy in Depth can agree on is more studies need to be done.

To learn more about the possible health concerns of chemicals used in fracking, follow the link: http://huff.to/1MPrTQH