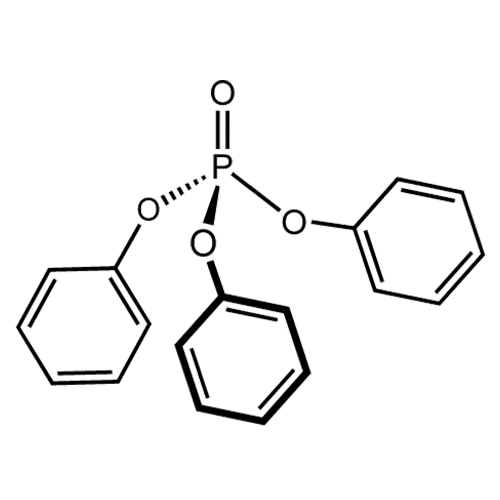 The main routes of exposure are ingestion and inhalation. Long term exposure results in changes on red blood cells. TTP cause muscle weakness and paralysis in animals. Organs are effected during their developmental stages. The main effected organs are the Liver, Urinary system, Kidneys, Blood, and Peripheral nervous system.

Under repeat dose exposure it could be included that the low toxicity observed was a slight depression in growth rates and increased liver weight in rats fed 0.5 % TPP in the diet.

Under the description of the neurotoxicity of TPP it could be included that delayed onset of peripheral neuropathy similar to that produced by tri-orto-cresyl phosphate exposure has been seen in experimental animals. This has been reported in the literature (Toxnet HSDB), and should be taken into account: Experimentally degeneration of motor nerve cells and peripheral nerves has been induced by TPP in animals, and lesions have been observed histologically in the nuclei of the nerves of the extraocular muscles (Grant, 1986). TPP caused delayed peripheral neuritis involving motor neurons, resulting in a flaccid paralysis, particular of the distal muscle. No sensory disturbances were reported (Grosselin et al., 1984).

TPP is a neurotoxicant in animals. When injected in cats it caused delayed paralysis. Two of 6 cats given a single ip injection of TPP at 0.1 to 0.4 g/kg developed paralysis after 16 to 18 days (Mackinson et al., 1981). TPP caused generalised delayed illness and paralysis in cats and primates. The observed demyelisation of spinal cord resembled that obtained with tri-orto-cresyl phosphate. Neuromuscular signs were observed above 0.2 g/kg in the cat (Clayton and Clayton, 1981-1982).