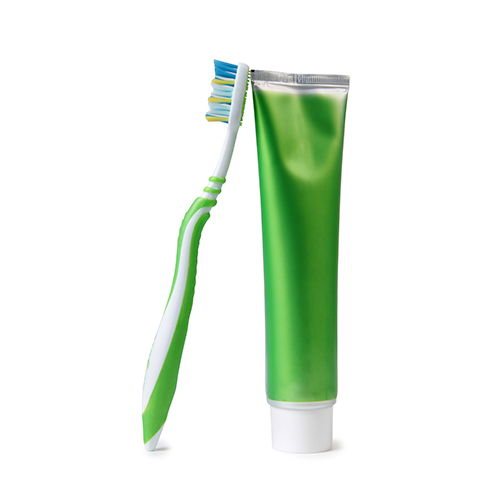 A synthetic "antibacterial" ingredient with a chemical structure similar to Agent Orange. Toxic to Reproduction, Organ toxicity. The EPA registers it as a pesticide, giving it high scores as a risk to both human health and the environment. Banned in Canada.

It is classified as a chlorophenol, a class of chemicals suspected of causing cancer in humans.  Its manufacturing process may produce dioxin, a powerful hormone-disrupting chemical with toxic effects measured in the parts per trillion; that is only one drop in 300 Olympic-size swimming pools!  Hormone disruptors pose enormous long-term chronic health risks by interfering with the way hormones perform, such as changing genetic material, decreasing fertility and sexual function, and fostering birth defects.  Tufts University School of Medicine says that triclosan is capable of forcing the emergence of 'super bugs' that it cannot kill. Its widespread use in popular antibacterial cleansers, toothpastes and household products may have nightmare implications for our future.

The scientific literature has extensively linked the uses of triclosan, and its cousin triclocarban, to many health and environmental hazards. As an endocrine disruptor, triclosan has been shown to affect male and female reproductive hormones and possibly fetal development, and also shown to alter thyroid function.

Triclosan is not only an endocrine disruptor found at increasing concentrations in human urine and breast milk, but also contaminates waterways and possibly even drinking water. Despite industry claims, triclosan is not very effective against harmful bacteria, including those found in hospitals.

The Centers for Disease Control and Prevention (CDC) also has found that triclosan is present in the urine of 75% of the U.S. population, with concentrations that have increased by 42% since 2004. USDA scientists found that triclosan is only slowly degraded in biosolids and persists at low levels in the environment for long periods of time. Biosolids are typically recycled on to agricultural lands.

Triclosan can then be taken up and translocated in plants like the soybean, a cornerstone of the American diet. The prevalence of triclosan in the nation’s waterways is a cause for concern since triclosan is converted into several toxic compounds including various forms of dioxin and dioxin-like compounds when exposed to sunlight in an aqueous environment.