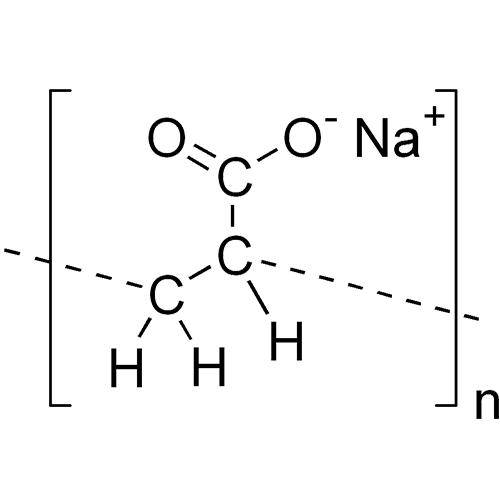 A polymer found frequently in daily life. Sodium polyacrylate is the absorbent material found in baby diapers, artificial decorative snow, and detergents. They polymer structure is made up of one molecule of oxygen, one molecule of sodium oxide, a carbon base, and three hydrogen molecules.

Sodium polyacrylate is commonly used as a sequestering agent, or chelating agent, in many detergents. It has the ability to bind hard-water elements, such as magnesium, calcium, iron and zinc, to make the detergents work more effectively. Chelating agents neutralize the presence of heavy metals that may be found in water, dirt and other substances that can be found in your laundry, making the detergent more effective in cleaning and neutralizing odors in your clothes.