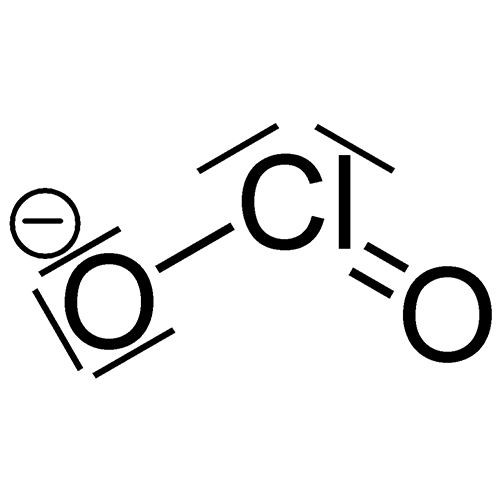 Sodium Chlorite (NaClO2) is a double bond stabilized oxygen also known as stabilized chlorine dioxide that breaks down into salt.  Sodium chlorite is very alkaline and stable.  While it destroys all anaerobic microbes and parasites, it does not damage the beneficial lactobacteria of our intestinal flora. The only residue left in water, food, or in the body after use is a small amount of table salt or sodium chloride (NaCl).

It is often confused with Sodium Chlorate (NaClO3), Sodium Chlorate is predominantly used for bleaching pulp for paper and is used as a non-selective herbicide. It is considered phytotoxic (poisonous to all green plant parts).  Sources: Organ system toxicity according to Environment Canada Domestic Substance List and Wildlife and environmental toxicity according to E.U. Classification & Labeling

Also confused with Sodium Hypochlorite. (NaClO) Predominantly used as for water treatment (chlorine) and bleaching.  Household bleaching products use this between 3-8%.  Mixing bleach with some household cleaners can be hazardous. Mixing an acid cleaner with sodium hypochlorite bleach generates chlorine gas. Mixing with ammonia solutions (including urine) produces chloramines (derived from ammonias). Mixtures of other cleaning agents and/or organic matter can result in a gaseous reaction that can cause acute lung injury.