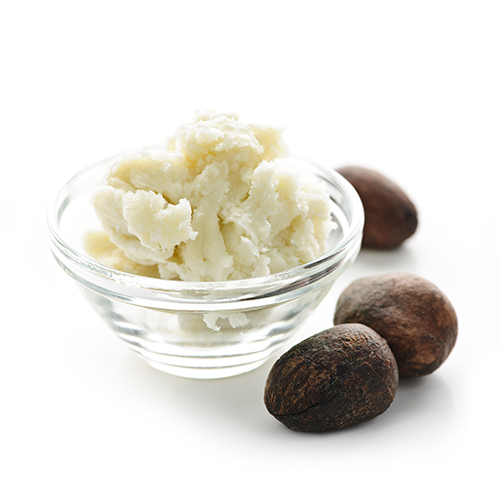 Shea butter is a fat extracted from the nut of the African shea tree (Vitellaria paradoxa). Shea butter is a triglyceride (fat) derived mainly from stearic acid and oleic acid. It is widely used in cosmetics as a moisturizer, salveor lotion. Shea butter is edible and is used in food preparation in Africa. Occasionally, the chocolate industry uses shea butter mixed with other oils as a substitute for cocoa butter, although the taste is noticeably different.

Shea butter, which is extracted from the nut of the African shea tree, is a rich, cream-colored substance that has natural soothing and moisturizing properties. "The moisturizers present in shea butter are some of the same moisturizers that the sebaceous glands produce," says Jody Levine, M.D., clinical instructor of dermatology at Mount Sinai School of Medicine in New York City.

Instead of using the pure kind (usually labeled Class A), look for moisturizers that contain shea butter, like L'Occitane Ultra Rich Face Cream with Shea Butter, as well as several other moisturizing ingredients like glycerin. In general, it's a good idea to only use products targeted at facial skin on your face, as they are typically noncomedogenic, meaning they won't clog pores.