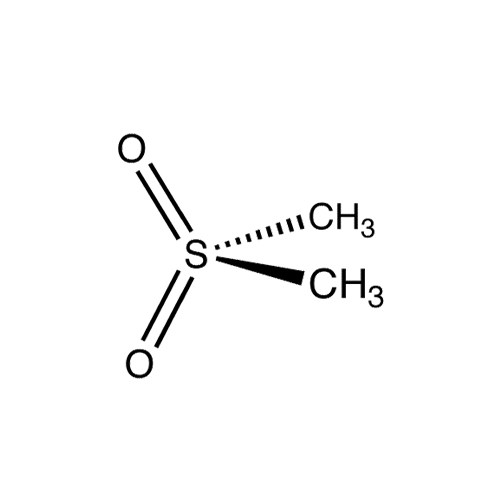 Methylsulfonylmethane (MSM) is an organosulfur compound with the formula (CH3)2SO2. It is also known by several other names includingDMSO2, methyl sulfone, and dimethyl sulfone. This colorless solid features the sulfonyl functional group and is considered relatively inert chemically. It occurs naturally in some primitive plants, is present in small amounts in many foods and beverages, and is marketed as adietary supplement. It is also commonly found in the atmosphere above marine areas, where it is used as a carbon source by the airborne bacteria Afipia, and is found distinctively in human melanoma cells.