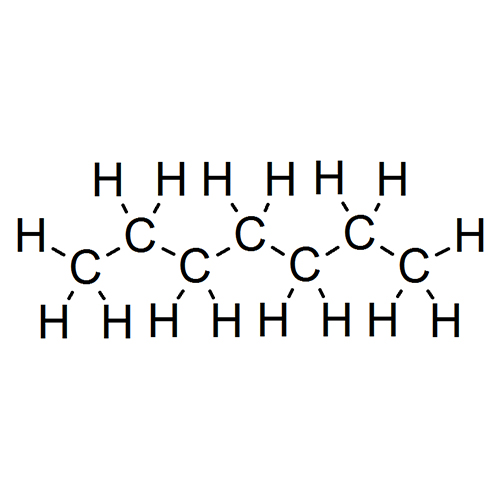 Heptane is a water-insoluble hydrocarbon obtained by fractional distillation of petroleum characterized by its petrol-like odor and colorless nature. It is used in the manufacturing of paint and coating additives, adhesives, sealants, chemical intermediates and formulation solvents in industrial the scale).and consumer use. It is a standard of determining anesthetic and octane ratings (acts as the zero point on the scale).

Heptane is an alkane that consists of seven carbon atoms and 16 hydrogen atoms: straight-chained saturated hydrocarbon. It naturally exists in nine isomeric forms that include two enantiomers. It is a flammable liquid that gives out fumes at room temperature and has a flash point of -4°C (24°F), hence a narrow boiling point.

It exists as cycloparaffins and paraffin in the C6-C10 range; it contains undetectable levels of polycyclic aromatic polymer, very low total aromatic and benzene content. It has an ability to absorb many organic substances and is thus used as a diluent of solvent. The purity of the heptane depends on polymerization process.

It is written as n-heptane when the polymer is unbranched, hence depicts a straight-chained structure.

The chosen IDLH is based on the statement by Patty [1963] that a 15-minute exposure to 5,000 ppm produced a state of intoxication characterized by uncontrolled hilarity in some individuals and in others a stupor lasting for 30 minutes after the exposure [Patty and Yant 1929]. According to Patty [1963], a 4-minute exposure to this same concentration produces vertigo and incoordination [Patty and Yant 1929]. These symptoms described by Patty [1963] could perhaps impede escape.