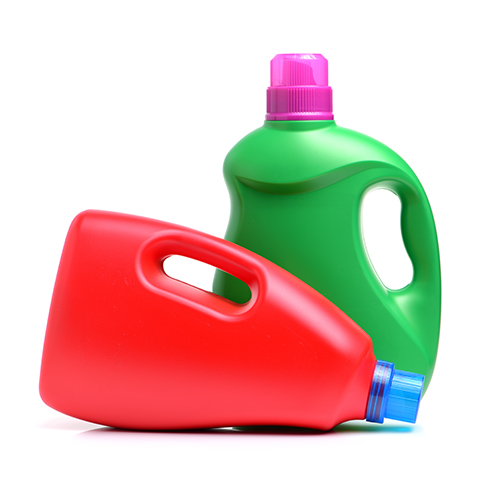 Ethylene oxide (EtO) is produced in large volumes and is primarily used as an intermediate in the production of several industrial chemicals, the most notable of which is Ethylene oxide (http://bit.ly/1MqSvXQ).

Ethylene oxide is used mainly as a chemical intermediate in the manufacture of textiles, detergents, polyurethane foam, antifreeze, solvents, medicinals, adhesives, and other products.
Relatively small amounts of ethylene oxide are used as a fumigant, a sterilant for food (spices) and cosmetics, and in hospital sterilization of surgical equipment and plastic devices that cannot be sterilized by steam.

Sources of ethylene oxide emissions into the air include uncontrolled emissions or venting with other gases in industrial settings.
Other sources of ethylene oxide air emissions include automobile exhaust and its release from commodity-fumigated materials, as well as its use as a sterilizer of medical equipment.
The general population may be exposed to ethylene oxide through breathing contaminated air or from smoking tobacco or being in the proximity to someone who is smoking.  Certain occupational groups (e.g., workers in ethylene oxide manufacture or processing plants, sterilization technicians, and workers involved in fumigation) may be exposed in the workplace.

Major effects observed in workers exposed to ethylene oxide at low levels for several years are irritation of the eyes, skin, and mucous membranes and problems in the functioning of the brain and nerves.
There is evidence suggesting that long-term exposure to high levels of ethylene oxide, at a level of 700 parts per million (ppm), can result in cataracts in humans.
EPA has not established a Reference Dose (RfD) or a Reference Concentration (RfC) for ethylene oxide.
The California Environmental Protection Agency (CalEPA) has established a chronic reference exposure level of 0.005 milligrams per cubic meter (mg/m3) for ethylene oxide based on hematological effects in humans. The CalEPA reference exposure level is a concentration at or below which adverse health effects are not likely to occur.  It is not a direct estimator of risk, but rather a reference point to gauge the potential effects.  At lifetime exposures increasingly greater than the reference exposure level, the potential for adverse health effects increases.
ATSDR has an established an intermediate inhalation minimal risk level (MRL) of 0.2 mg/m3 (0.09 ppm) based on respiratory effects in humans. The MRL is an estimate of the daily human exposure to a hazardous substance that is likely to be without appreciable risk of adverse noncancer health effects over a specified duration of exposure.

Some evidence exists indicating that inhalation exposure to ethylene oxide can cause an increased rate of miscarriages in female workers.  These effects could be seen from acute, as well as chronic, exposure.
Various adverse reproductive effects have been noted in inhalation exposure studies of animals including decreased number of implantation sites, decreased testicular weights and sperm concentration, and testicular degeneration.

Human occupational studies have shown elevated cases of leukemia, stomach and pancreatic cancer, and Hodgkin's disease in workers exposed to ethylene oxide by inhalation.  However, the data are considered to be limited and inconclusive due to the small number of individuals studied and uncertainties about the exposure levels.
Animal studies have shown lung, gland, and uterine tumors caused by inhalation exposure to ethylene oxide.
EPA considers ethylene oxide to be a probable human carcinogen and has ranked it in EPA's Group B1.  This classification has had some form of Agency review, but does not appear on IRIS.
EPA uses mathematical models, based on human and animal studies, to estimate the probability of a person developing cancer from breathing air containing a specified concentration of a chemical. EPA has calculated a provisional inhalation unit cancer risk estimate of 1.0 × 10-4 (µg/m3)-1 . A provisional value is one that has not received Agency-wide review.