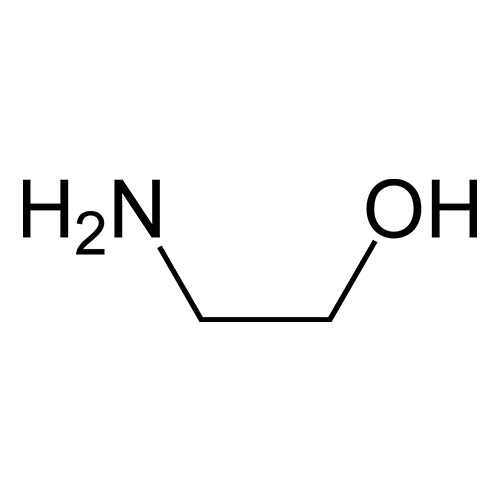 Ethanolamine is a toxic, flammable, corrosive, colorless, viscous liquid with an odor similar to that of ammonia. Ethanolamine is commonly called monoethanolamine or MEA in order to be distinguished from diethanolamine (DEA) and triethanolamine (TEA). Ethanolamine is the second-most-abundant head group for phospholipids, substances found in biological membranes, and is also used in messenger molecules such as palmitoylethanolamide, which has an effect on CB1 receptors.

Routes of exposure
The substance can be absorbed into the body by inhalation, by ingestion and through the skin.

Inhalation risk
A harmful contamination of the air will be reached rather slowly on evaporation of this substance at 20°C; on spraying or dispersing, however, much faster.

Effects of long-term or repeated exposure
Repeated or prolonged contact may cause skin sensitization.