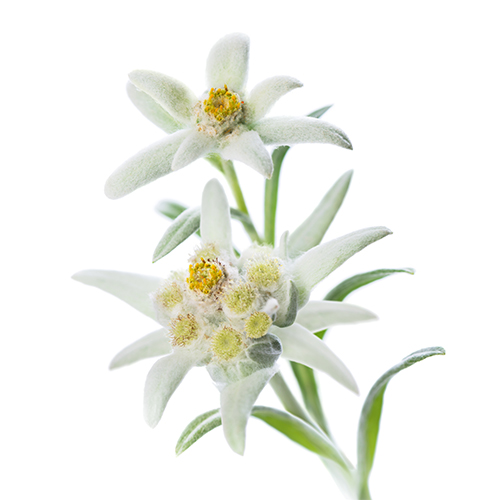 Edelweiss is native to the mountains of Europe. Its distribution ranges from the Pyrenees to the Alps and eastwards over the peninsula of the Balkans to the central Balkans in Bulgaria, where it is found between 1,500-3,400 m asl. It is widely cultivated. It is a casual neophyte in the Czech Republic (Danihelka et al. 2012). The southern limit of its distribution is in Albania, disjunct from its occurrence in the Alps (L. Shuka pers. comm. 2013). The genus is restricted to Eurasia (Erhardt 1993).

For centuries Edelweiss extract has been believed to have positive health effects. Edelweiss teas have been popular as well as use of Edelweiss extract in hot milk, often sweetened with honey. Diarrhea and dysentery were two ailments that it was believed Edelweiss extract could cure. People also believed that it could help fight ailments such as diphtheria and tuberculosis. Today research by the pharmaceutical industry indicates that there was something to these ancient beliefs. Used in high quality anti aging and anti wrinkle cosmetics.

Edelweiss extract is an ancient folk lore remedy that modern science is making popular once again. They have also discovered that the ultra violet light absorbing chemicals this plant has developed from high altitude growth makes it a good additive to sun blocks. Pharmaceutical researchers also are interested in the way some chemicals in the plant prevent amplification of oxides, which are tied to the aging process.