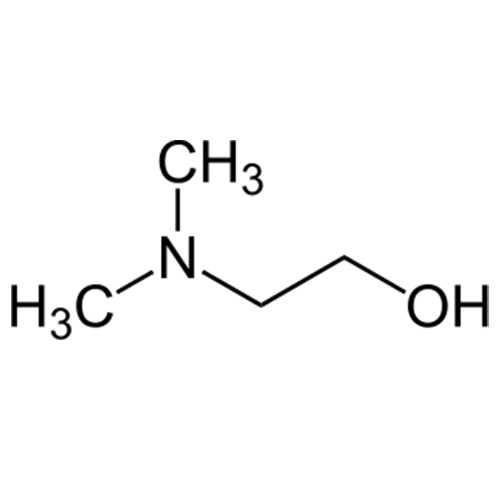 Dimethylaminoethanol, also known as dimethylethanolamine -Dimethyl MEA (DMAE and DMEA respectively), is a primary alcohol used as a pH adjuster.

In skin care, the concern is its potential to cause Nitrosamines and in a  2007 study published in the British Journal of Dermatology, DMAE produced an effect known as vacuolization. Vacuolization is often observed in cells after various types of damage as cells try to encapsulate and excrete foreign agents and/or their own damaged components. Hence the researchers concluded that the vacuolization induced by DMAE was suggestive of cell damage. They also observed that DMAE impaired the ability of fibroblasts to divide. Notably, the above adverse effects reversed after DMAE had been washed out of the culture following a short-term exposure. (Long-term exposure has not been studied.)  Use limited in skin care and cosmetics.  DMAE  Dimethylaminoethanol is used as a curing agent for polyurethanes and epoxy resins. It is also used in mass quantities for water treatment, and to some extent in the coatings industry. It is used in the synthesis of dyestuffs, textile auxiliaries, pharmaceuticals, emulsifiers, and corrosion inhibitors. It is also an additive to paint removers, boiler water and amino resins  DMAE is used in pharmaceuticals as a Cholinergic drug for ADHD, Alzhemier’s as it thought to increase the level of aceylcholine.  See Nitrosamines

Articles about DMAE or DMEA