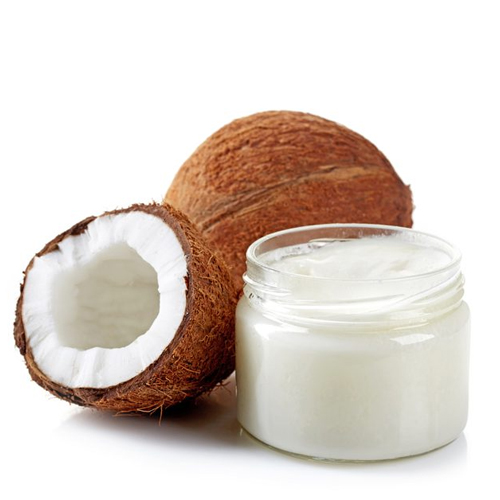 Made by reacting the fatty acids from coconut oil with diethanolamine.

An emulsifier, thickener and foaming agent. This ingredient has the ability to increase the foaming capacity and/or stabilize the foam of a surfactant, most often a bath product such as shampoo or bubble bath. It can also increase the viscosity of an aqueous (water based) solution.

Because Cocamide DEA is both water soluble and oil soluble, it enables both water and oil to be evenly dispersed in a solution. It also traps the oil based dirt of the hair so that it can be rinsed away. While traditional cleansing surfactants (i.e. soap) have a drying effect, this ingredient effectively cleans the hair and conditions it with its natural fatty acids derived from coconut oil. It also has the ability to enhance the performance of other ingredients, namely cleansing agents and conditioners. You'll mostly find this ingredient in shampoo, body wash, cleanser, liquid soap, bubble bath, dandruff treatment, hair dye exfoliant/scrub and bath oil.

The FDA includes this ingredient, as well as all other fatty acid diethanolamides, on its list of permitted indirect food additives. Many people oppose using this ingredient in cosmetic products because studies on rats have shown that it can lead to the formation of nitrosamines, which are carcinogenic. In February 2011, the International Agency for Research on Cancer (IARC) listed Cocamide DEA as an IARC Group 2B carcinogen, as in possibly carcinogenic to humans. In 2012, he state of California’s Office of Environmental Health Hazard Assessment (OEHHA) issued a notice of intent to list cocamide DEA as a chemical known to cause cancer under Proposition 65.

Research has also demonstrated it to be a mild dermal irritant and sensitizer. However, the CIR Expert Panel has concluded that as long as Cocamide DEA isn't included in any products containing nitrosating agents, carcinogenic nitrosamines will not form. Furthermore, they've determined it as safe to use in rinse-off products, and at concentrations of less than or equal to 10% in leave-on products.