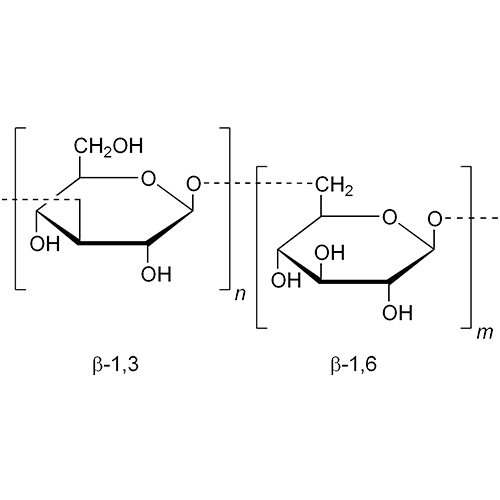 Beta glucans are sugars that are found in the cell walls of bacteria, fungi, yeasts, algae, lichens, and plants, such as oats and barley. They are sometimes used as medicine.

Beta glucans might lower blood cholesterol by preventing the absorption of cholesterol from food in the stomach and intestines, when it is taken by mouth. When given by injection, beta glucans might stimulate the immune system by increasing chemicals which prevent infections.

Healthcare providers sometimes give beta glucans by IV (intravenously) or by injection into the muscle to treat cancer and to boost the immune system in people with HIV/AIDS and related conditions. Beta glucans are also given by IV to prevent infection in people after surgery.

Healthcare providers sometimes give beta glucans by a shot under the skin (subcutaneously) for treating and reducing the size of skin tumors resulting from cancer that has spread.

In manufacturing, beta glucans are used as a food additive in products such as salad dressings, frozen desserts, sour cream, and cheese spreads.